This past week of October 11, the Contractor continued welding shear studs on the top flanges of the girders.  These are used to create a composite deck section by tying the steel girders and the concrete deck to one another.  Layout and installation of galvanized deck rebar continued as we proceed from east to west (Southbury side to Newtown side).

In addition, there was a demonstration of a drone’s capabilities to aid in the design, construction and inspection of the project.

During the week of October 18, rebar placement and deck formwork will continue.  The first section of concrete deck is scheduled to be poured late next week; there are seven sections of deck to be placed in the next several weeks.

The Contractor will be working Saturdays this week and for the next several weeks to take advantage of good weather. 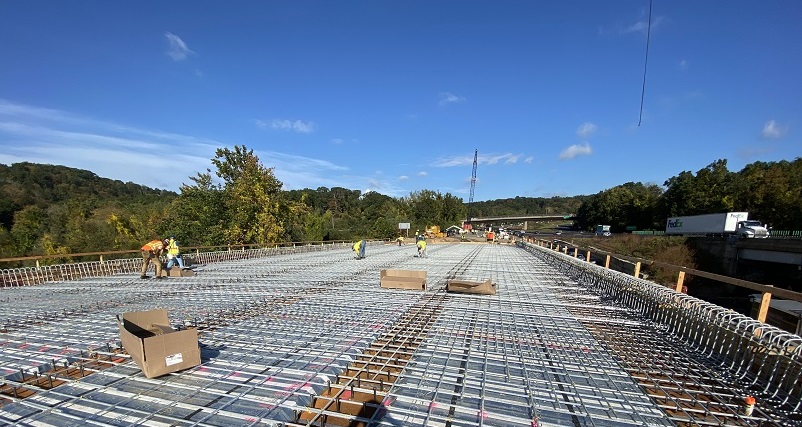 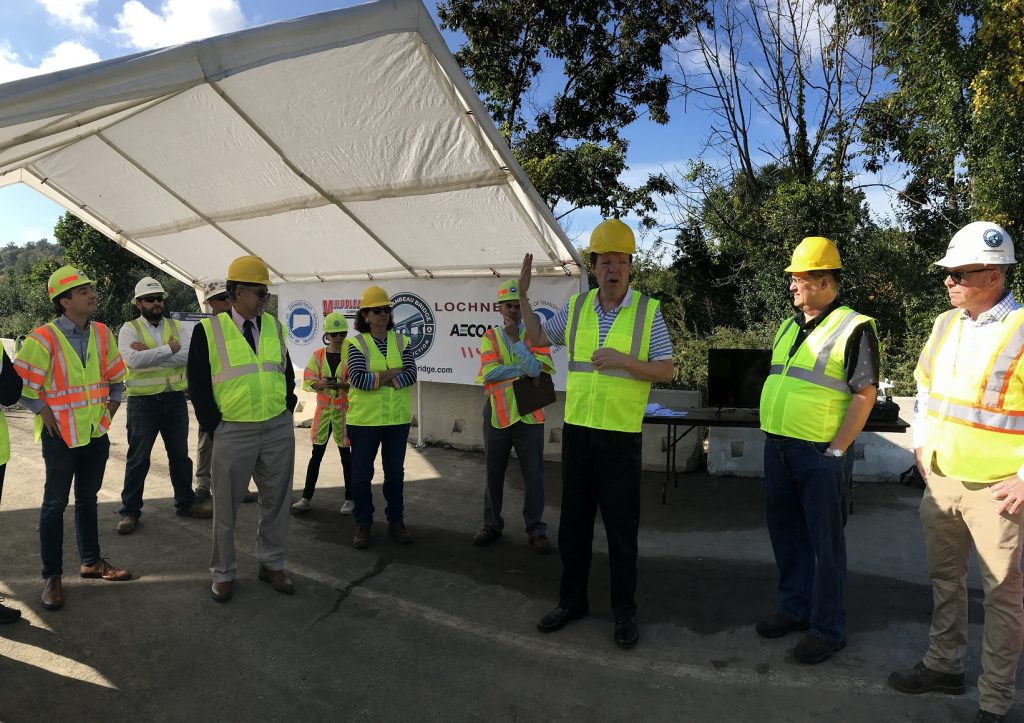 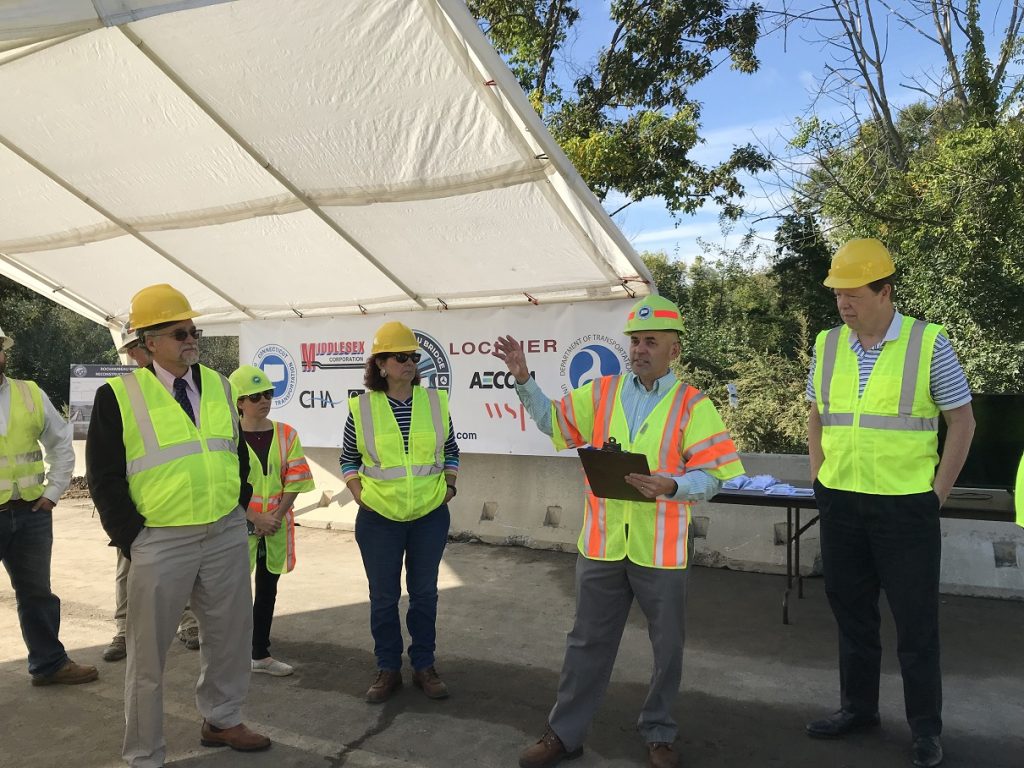 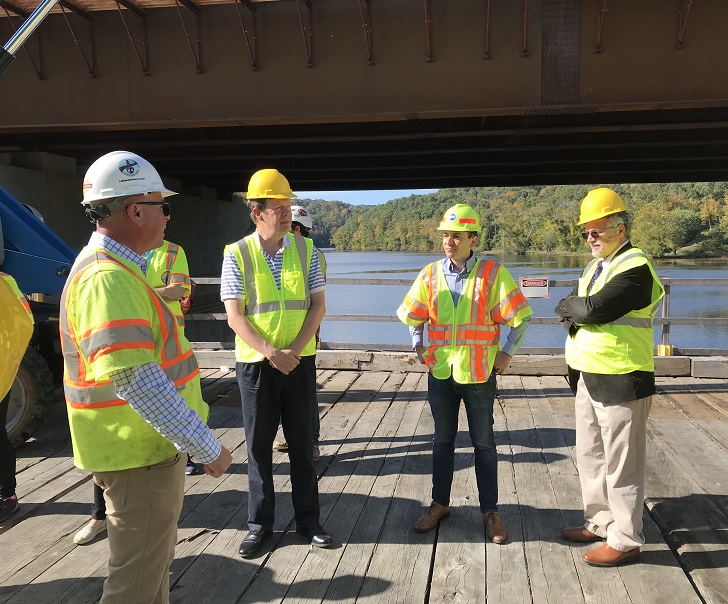 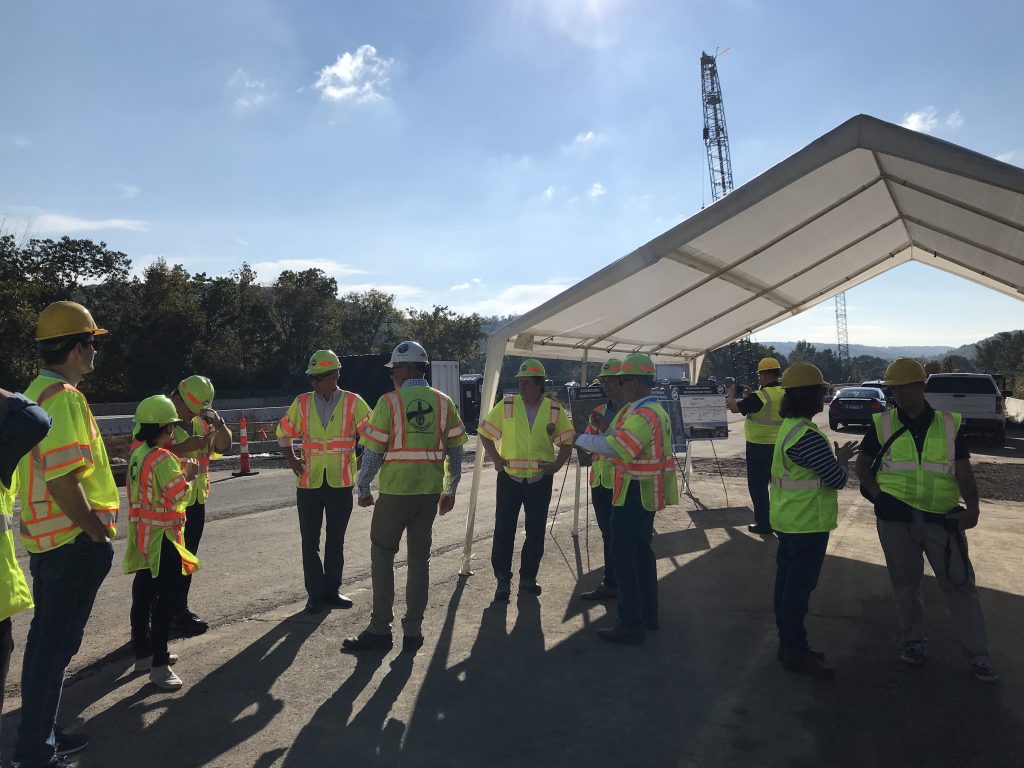