As of this past week of August 30, thirty-six of the forty-two girders have been set.

Beginning Tuesday, September 7, the erection of the remaining six girders directly over the marine channel will begin. 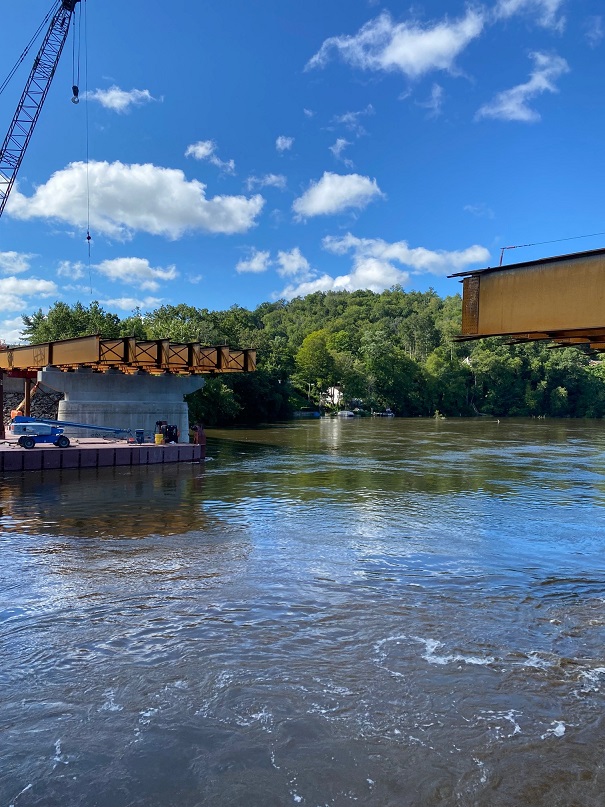