This past week of August 23, we continued erecting structural steel girders for the new westbound bridge.  Thirty-three (33) of the forty-two (42) girders have been placed, including splicing of girder sections together and placement of cross frames that tie the girders to each other. The temporary tower for steel erection in Span P3 (between Pier 3 [easternmost pier] and Abutment 2 [eastern abutment]) was removed.

During the week of August 30, steel delivery and erection will continue.  By the end of the week, we anticipate that all girders will be erected except for the six girders that are directly over the navigation channel. Those six will be erected after Labor Day, with notification as follows: 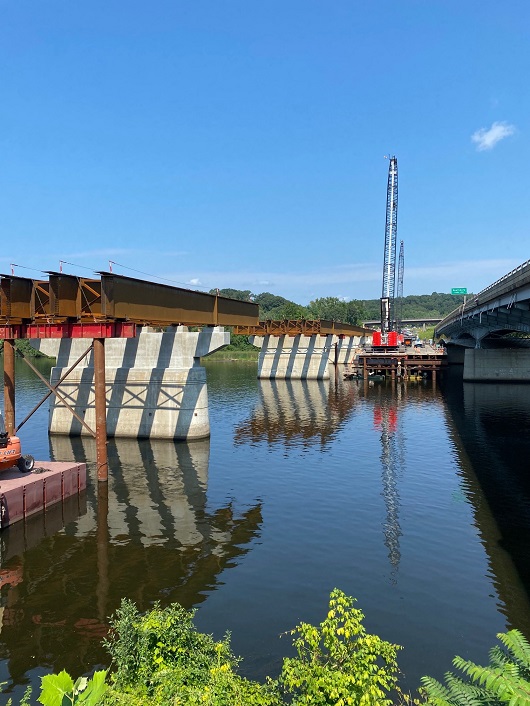 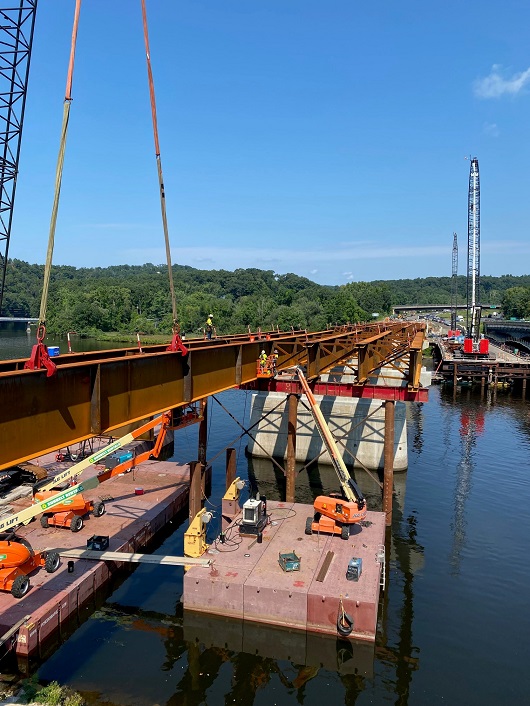