The Connecticut Department of Transportation began construction activities for the rehabilitation of the Rochambeau Bridge, in Newtown and Southbury on Monday, June 15, 2020.

The project consists of the rehabilitation of Bridges 01218 and 04180 (collectively called the “Rochambeau Bridge”), which carry I-84 over the Housatonic River. The existing bridges have extra-wide shoulders, so there is sufficient room to place bidirectional traffic, with two lanes in each direction, on one of the bridges while the other bridge is reconstructed. The first major traffic shift has placed both directions of I-84 traffic on I-84 eastbound utilizing crossovers built in the median of I-84. The I-84 westbound bridge is currently being partially demolished and reconstructed while this shift is in place.

Once the new I-84 westbound bridge is completed, traffic will be shifted onto the new bridge while the I-84 eastbound bridge is reconstructed, with temporary crossovers built in a similar manner, in the median of I-84. 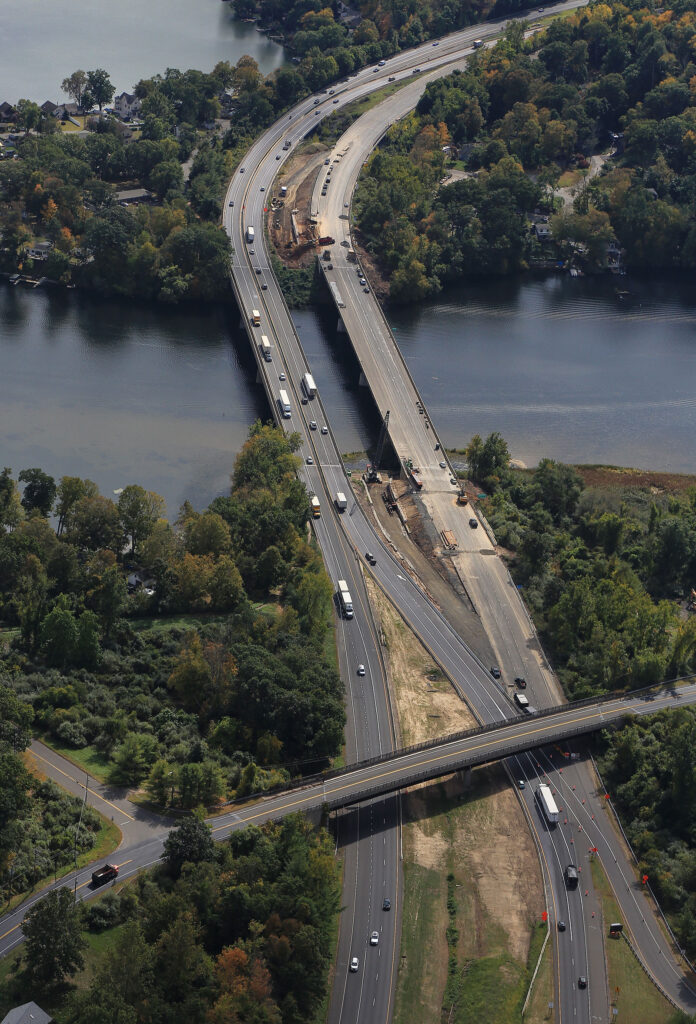 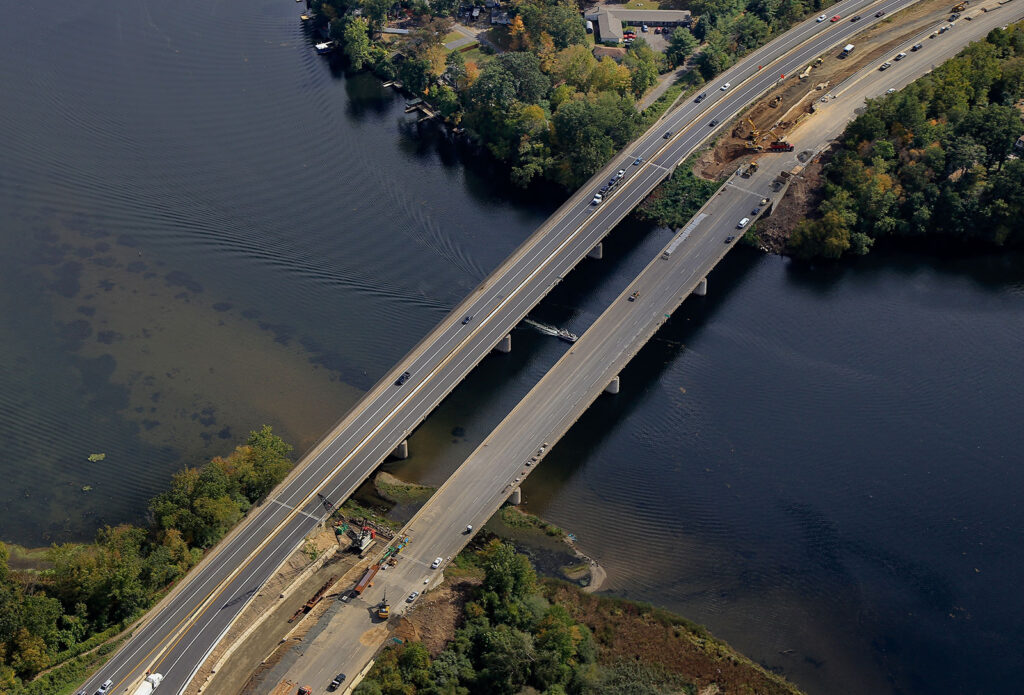 Work in the river will take place using work trestles and barges. A minimum 75’ channel width for boaters will be maintained at all times, except for major demolition and steel erection work, which requires the advanced approval of Connecticut Department of Energy and Environmental Protection (DEEP), US Coast Guard and the Lake Zoar Authority. 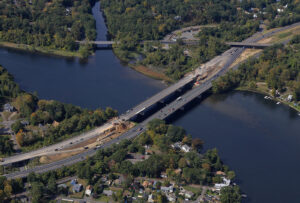 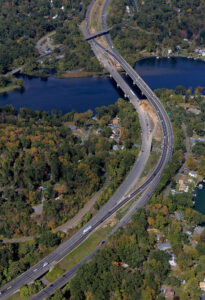 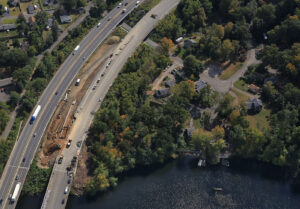 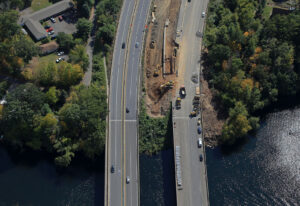 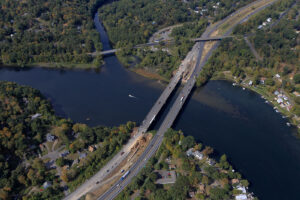 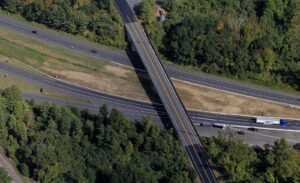 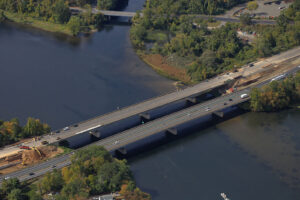 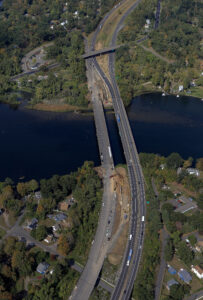 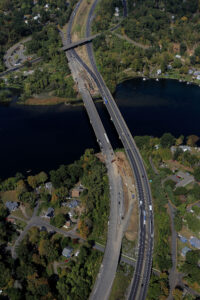 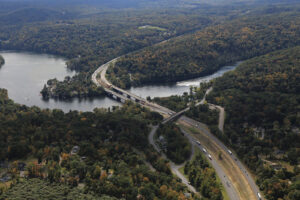 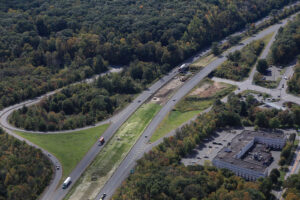 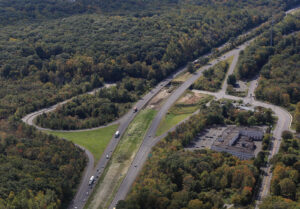